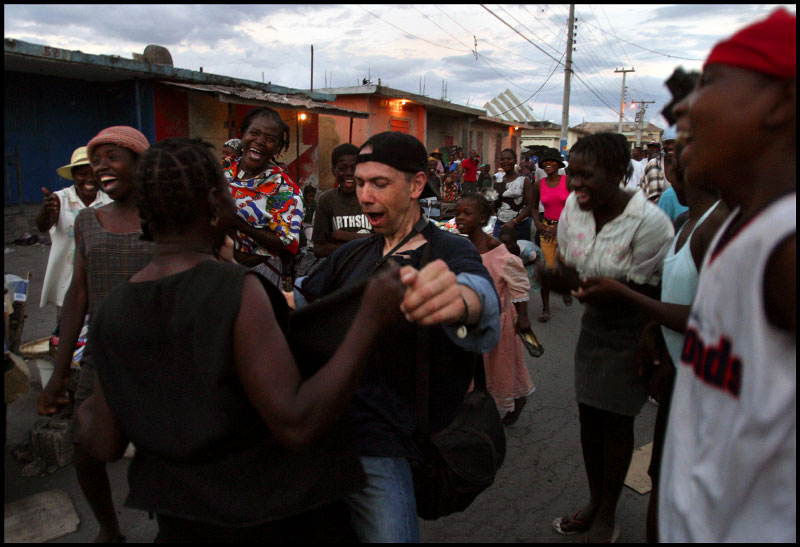 Justin Griffiths-Williams began his career as a photographer in the early nineties.

He worked for The Press Association, where he gained extensive experience as a news photographer, before moving on to The Sunday Times, with whom he continues a working relationship to this day. Other editorial clients have included Reuters, The Independent, Der Spiegel and The Guardian.

As well as his considerable editorial experience, he has worked extensively in the commercial sector numbering BT, Hewlett Packard, Barclays Bank, Gilead, Orange and The Hay Festival among those for whom he has undertaken commissions.

He also counts a number of NGOs and charities amongst his clients and has contributed photographic work for Feed The Children, NCH Action for Children, The Muscular Dystrophy Group, Sense and Crisis.

Justin is currently based in London and divides his time between editorial and commercial assignments and long-term documentary projects. He judged the Commonwealth Photographic Awards in 2004, and the Association of Colleges Photography Competition in 2009. His work on Haiti was recognized in the Best of Photojournalism 2008 where he was awarded first place in the Enterprise category. http://bop.nppa.org/2008/still_photography/winners/?cat=ENT

Justin has an honours degree in politics from Essex University, speaks fluent Italian, and is a very bad, if enthusiastic saxophone player. He also finds it extemely disconcerting talking about himself in the third person!